Government is being deprived of huge amount of revenue collection 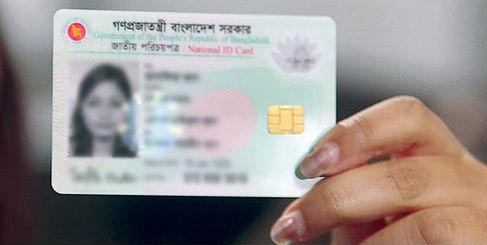 Golam Mostafa Jibon: The use of fake Tax Identification Number (TIN) gained by submitting fake NID has increased abnormally in which the government is being deprived of earning huge amount of revenue.
Experts said, if the use of fake TIN and NID is not resisted right now, the malpractices in economic sector will be increased. Consequently, the government will deprived of earning revenue from the right channel. Besides, many people may be cheated with the user of fake TIN and NID. So, the authorities concerned should beef up surveillance in this regard since now.
According to the sources, the Election Commission (EC) has identified around 2.3 million fake TINs (Tax Identification Numbers), which were produced by using the database of voters stored in the National Identity Card (NID) Registration Section.
At the same time, at least 7 lakh fake NID holders have been identified during the financial assistance given by the Prime Minister. Nuruzzaman Talukdar, Director (operations) of EC’s NID branch confirmed the matter to the reporters.
He said, about 1.5 million fake TINs have been identified during the first phase of corona pandemic. In order to ensure that the cash given as the Prime Minister’s Eid gift reaches to the right person, the identity of about 5 million citizens was verified with the help of NID database. At that time, around 7.46 lakh fake and dual ID users were identified.
Sources said, if, someone wants to take TIN, he or she must need a national identity card. In this case, many people might have taken TIN number manually with fake NID number. Their accuracy was not found during the verification process of EC.
At present, there are 11.17 crore voters in the EC’s database. Besides, there is information of 1 million Rohingyas. It is now almost impossible to hide or change one’s identity by evading this vast database.
This is because, 147 organizations including government and non-government organizations such as banks, insurance and financial institutions and law enforcement agencies have entered into agreements to avail the services of this database of the Election Commission. Apart from this, people have to use NID to take mobile or any other service.
As a result, just as the unclaimed body is being identified from the EC’s server, so is someone’s bank account.
All organizations have to pay a certain amount of money to verify citizen information from the database. Through this, the Election Commission is depositing a huge amount of revenue in the government treasury every year.
About 5,000 people of 519 Upazila Election Offices, 64 District Election Offices and 10 Regional Election Offices across the country are involved with providing NID relevant services.
The EC continued NID services even though other government institutions were closed during the corona pandemic.
Seeking anonymity, an officer of EC office in Agargaon of the capital said, “A national database was formed in 2006-2007 by compiling demographic information including biometrics of about 9.75 crore voters for the preparation of voter list with photographs. Thus, the official journey of the national identity card (NID) started at that time by preparing the voter list with photo. Then, the national identity cards were provided to all the registered voters. Later, the National Identity Card Registration Division gained a legal and institutional base in 2010. The process to provide NID to all citizens of the country by EC is underway.”

No place to be available in hospital after a month

No place to be available in hospital after a month